Bulgaria and the Schengen agreement – myths and reality

In: Advantages of the Bulgarian citizenship

She had not known the weight until she felt the freedom.

In this article, we will only briefly explain what the Schengen area agreement is all about. There is a lot of information on the topic available on the internet, so we will not waste the reader’s time by only repeating the well known facts. We will rather emphasize on facts that are in particular important for Bulgarian passport holders, as well as other facts that are being largely misunderstood by the public and by our customers (and poorly, or even not covered at all in the media).

The stuff that you probably already know

The Schengen area consist currently /April 2018/ of 26 countries (Austria, Belgium, the Czech Republic, Denmark, Estonia, Finland, France, Germany, Greece, Hungary, Iceland, Italy, Latvia, Liechtenstein, Lithuania, Luxembourg, Malta, the Netherlands, Norway, Poland, Portugal, Slovakia, Slovenia, Spain, Sweden and Switzerland) that have agreed to abolish border checks at their mutual borders. Four EU countries, namely Bulgaria, Cyprus, Croatia and Romania have not yet signed the Schengen agreement, although, they are legally obliged to do so in future. The Schengen countries share common visa policy, meaning that they are issuing the same type of visa (a.k.a. Schengen visa), which is valid for all Schengen countries. In other words, if a foreigner obtains for example a German (a Schengen country) visa, he can also travel to all other Schengen countries as well (as well as to other countries, more on that later in the article). This is also quite logical, as should that not have been the case, with the lack of border controls, a foreigner who enters one of the Schengen countries could be hardly prevented to enter the other states.

The abolished border controls are also enforced at the airports, meaning that flights between Schengen countries are being handled through dedicated terminals so the passengers can go directly to collect their luggage and exit the airport without any border controls.

It is worth mentioning that from time to time, during large political or economic events for example, the Schengen countries are temporarily suspending the agreement, due to security reasons, and are applying border checks at their mutual borders. Also, random border checks, although very rarely, can be carried out from time to time at some borders within the Schengen area.

You can find tons of valuable information on the Wikipedia page about the Schengen Area.

And the facts that you might not be aware of

We will start with some common misunderstandings about the Schengen agreement, which are widespread not only among the non-European citizens, but also within the community of the EU and the Schengen countries.

The first delusion – Schengen stands for freedom of movement – WRONG!

The main delusion – the Schengen agreement has anything to do with the traveler’s citizenship – WRONG!

The short answer is NO !

Still, in order to be completely accurate, we have to differentiate between whether:

As the Schengen agreement is not applied to the citizenship of the person, but to the countries as territories, in case you are holding Bulgarian (or any other EU) passport and are living in a Schengen state, it makes absolutely no difference for you whether you are citizen of Bulgaria or any other EU Schengen country. You will have the same unlimited freedom of movement and settlement and you will be not subject to border checks.

In case you are living (or staying) within the territory of Bulgaria, while Bulgaria has not yet joined the Schengen area agreement, you will have some really minor “inconveniences” to deal with. Please note that the freedom to travel, reside, work, etc. in all EU and Schengen country is not undermined in any way. So, the “inconveniences”, if they can be seen as such, are:

The border checks don’t usually take more than 20 seconds to complete and in most cases even less. The border officers usually only glance at the EU travel document and with a wave of the hand allow the traveler to pass through. We don’t believe this to be an obstacle at all, as it takes less time than it takes to make a selfie. The fact that one has to carry an ID card (or passport) in order to cross a non-Schengen border is in no way an obstacle, as ID documents need to be carried within the EU at all times anyway (with few countries as exception).

The second obstacle, about the private jet landing airports, although quite exotic, is more of a hurdle than the border checks. Imagine you would like to fly with your private jet from Sofia to a small and cozy town on a Greek island. So far so good, but if that tiny airport is only servicing flights from the Schengen area countries and there are no border check facilities, then you will be not allowed to land there. For some, mainly the rich Bulgarians, this is an important argument of why Bulgaria should join the Schengen agreement a.s.a.p.

2018-04-21
Previous Post: How to select the suitable Bulgarian Bond(s)
Next Post: Mr Dobrinov – speaking at the Park Hyatt Saigon about the latest trends in Investment Citizenship – 2018 Fall EB-5 Expo 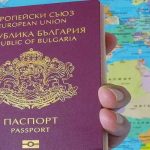