In: Bulgarian citizenship by investment

That was it guys. Cyprus has cancelled its Citizenship by Investment program as from November 1st, 2020. The reason, or rather the last drop, was the huge corruption scandal involving high-rank officials. As result, and under pressure from the ministers of interior and finance, the so called “golden passport” program is now a thing of the past.

The Bulgarian CBI program is up and running, but for how long?

There were many talks that the Bulgarian CBI program will be cancelled. Ironically, most of these talks were originating from Cypriot agents, who didn’t like the competition from Bulgaria. But the Bulgarian CBI program is still up and running. This is mainly because the Bulgarian program is approved by the Parliament, rather than by the Government. Another reason is that Bulgaria has been so far, much less aggressive into the marketing of its CBI program. This state policy has kept away the international money launderers and the people with shady business activities.

The future of the EU Citizenship by Investment programs

Now that Bulgaria and Malta are the only two EU countries with CBI programs, the future doesn’t look bright for those who haven’t yet applied for EU passports. And this is not only because the cost of the investment citizenship of Malta and Bulgaria is set to rise significantly (after the withdrawal of the Cypriot CIP). We have been long sending distressed calls to all those who were hesitant, advocating that 2020-2021 is the last chance to catch the EU citizenship by investment train.

We believe the times are coming when only third-countries citizenship will remain available. But what can one do with citizenship of Montenegro or Turkey? Not much to be honest. EU citizenship is, or maybe was, the real thing. All the rest is poor substitute.

To find out more about the demise of the Cypriot CIP and the remaining opportunities of the Bulgarian program, please contact our offices at your earliest convenience.

Find more about Citizenship for Hongkongers

Interview for Bulgarian citizenship – a nightmare 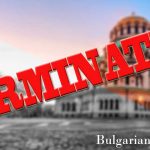