Brexit is official now: Britain is no longer part of the EU! The record number of Britons looking for Irish and European passports!

The British officially “deserted” from the EU

In the June 2016 Referendum, Britain voted to leave the EU. Today, 1.02.2020 this is already a fact. All those Britons who voted for Britain’s “liberation” can now celebrate.

A record number of applications for Irish and EU passports

Right after the Referendum, thousands of Britons with Irish roots wished to regain their right to free movement and business in the EU. This meant applying for an Irish passport. The influx for Irish citizenship has reached such an extent that the Irish Embassy has run out oapplication forms. Some reportedly reappeared on eBay, an online auction site.

The British voted for Brexit, but they hold to their European rights

For British citizens, Irish citizenship remains the most preferred way to retain EU membership. But this is by no means the only dual citizenship option they use.

Sweden is also favored by the British as a second-citizenship option. In 2019, 4,277 Britons were granted Swedish citizenship. Which is 3 times more than the previous year.

British requests for Dutch and Belgian passport increased by 7 times for each of the two countries after Brexit.

Eastern European countries are also seeing a sharp increase in applications for dual citizenship from the British following the referendum on Britain’s exit from the EU. Among them stand out Poland, and as surprising as it sounds – Bulgaria.

In some of the first days after Brexit, an average of 30 Britons a day applied for Bulgarian citizenship. There are many reasons for this. Bulgaria is a full member of the EU, which means that the citizens of this country enjoy all the benefits of this membership. Like the freedom to move and do business. Bulgaria has a low standard compared to Western European Union countries. But it is a wonderful country with beautiful nature and climate, good infrastructure, and a highly developed tourism industry. Any Briton could live well in Bulgaria only with his pension or salary. Currently, over 3,000 Britons live in Bulgaria permanently. And the number of applicants for Bulgarian citizenship is constantly increasing.

In recent years, the Bulgarian state has significantly simplified procedures and reduced bureaucratic obstacles to the reception and processing of applications for Bulgarian citizenship. There is a demographic crisis in Bulgaria and foreigners from the West are welcome. In addition, one of only three EU Citizenship by Investment Programs (CIP) operates in Bulgaria. This is the fastest way to get a Bulgarian/European passport.

Applying for citizenship is easier in some places than others

Applying for citizenship is easier in some places than others. We have already mentioned Bulgaria. Ireland also has a particularly generous system. But this is mainly due to the historical and kinship ties between this two nations. Anyone with a parent or grandparent born on the island is considered an Irish citizen and is therefore eligible for a passport.

In Italy, you could also take advantage of relatively fast and easy dual citizenship if you have Italian ancestors. Britons with Italian ancestry may claim citizenship by descent, no matter how far back their ancestral links go.

But not everywhere in the EU, things happen so easily. Although many EU countries allow British people to obtain dual citizenship, others restrict the practice or ban it altogether. Britons who seek Dutch nationality, for example, may have to give up their British passports. After Britain officially exits the EU, those granted German citizenship will also have to relinquish their British passports.

In Spain, citizenship requirements are very demanding. You must have lived in Spain for 10 years to obtain citizenship. Then you must pass the language test. You are also tested in Spanish history, geography, culture and customs. So it’s not very surprising that of the 300,000-odd Britons living in Spain in 2018, just 209 applied for citizenship.

If you are British and want to secure fast and relatively easy European citizenship, the choice is Ireland or Bulgaria. And if you want things to happen faster and easier, look for the services of a local professional law firm. Such a law firm will assist you in acquiring your European citizenship locally. They will assist you in finding, processing and submitting the necessary documents. This will save you a lot of time, nerves and money.

2020-02-01
Previous Post: Promotion for the Bulgarian CBI from VD&A
Next Post: Our support to the people in China, Hong Kong and all neighboring countries

Find more about Citizenship for Hongkongers 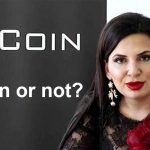 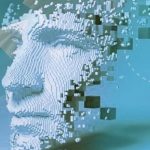