“We seriously took up the issue of granting birthright citizenship. In a situation where the border crosses, a child is born on our territory and – congratulations! Now he is a US citizen … Honestly, this is absurd” Reuters quote the president.

Currently, any person born in the United States has the automatic right to obtain citizenship. This right is guaranteed by the 14th Amendment to the US Constitution. This amendment was adopted in 1868, after the end of the American Civil War. The purpose was to guarantee citizenship to blacks – former slaves and their descendants, who were not considered full citizens before.

Since the end of the 19th century, this provision of the basic law of the United States has been interpreted in the sense that a citizen is any person born in the United States, even if his parents do not possess American citizenship. This interpretation of the constitutional amendment is supported by a decision of the Supreme Court of March 28, 1898.

Already in the XX century there was such a thing as “maternity tourism”. Residents of other countries began to come to the United States to give birth to a child who would receive all the rights of an American citizen. It is not necessary to go to the territory of any of the American states.

For example, the Northern Mariana Islands, an associated territory of the USA, became one of the centers of “maternity tourism” in the Asia-Pacific region. The continental United States is far away, thousands of miles away, but China and the countries of Southeast Asia are nearby. And their inhabitants go to Mariana to give birth to new American citizens.

In early August, Marianne Islands governor Ralph Torres on Fox News even called on Washington to amend legislation to put an end to this. According to him, “maternity tourism” places a heavy burden on the medical infrastructure of the associated territory and spoils its image.

Last year, the American media reported a “Russian baby boom” in Miami. And from California, there were reports of an increase in the number of Chinese tourists visiting the US west coast in order to have a baby.

However, the most problematic category, which enjoys the 14th amendment to the Constitution, are migrants from third world countries, primarily from Latin America. Thus, they hope to gain a foothold in the United States. Their child as a citizen, upon reaching the age of 21, can transport their relatives to the United States and help them get a green card.

As the Donald Trump administration reported in 2017, 65% of recipients of the right to permanent residence in the United States realize this opportunity using a family ties. According to the White House, over the past ten years  9.3 million people have settled in the United States in this way.

Also, according to the U.S. Immigration Research Center, based on data from the U.S. Census Bureau, in 2014, one in five Americans born was a child of migrants. In total, 791 thousand of such children were born in the USA that year. At the same time, according to researchers, the children of illegal migrants with the right to American citizenship were 297 thousand, that is 7.5% of the total number of births.

This situation is changing American demographics. According to estimates from the Pew Research Center sociological service, in the 2020 elections, Hispanics with the right to citizenship will for the first time become the largest ethnic-speaking minority among voters – 13.3% of Americans with voting rights. In terms of numbers, they will overtake African Americans (12.5%). Every third voter at this moment will not be white. This will significantly increase the chances of Democrats, for whom, as a rule, the majority of representatives of this category of citizen’s votes.

Trump himself, proposing to introduce new restrictions on obtaining US citizenship, is also guided by political considerations, experts say.

“This increases Trump’s chances for re-election,” says political scientist Alexander Domrin. – He remains true to himself – and the electorate, the silent American white majority, remains faithful to him».

At the same time, the president’s constant accusations of xenophobia on the part of his political opponents had the opposite effect, the political scientist believes. Since the president is accused regardless of his real steps, what is the point of refusing to take harsh measures if you are anyway branded a racist?

According to experts, Donald Trump specifically threw a provocative idea, measuring the reaction of society. This idea will be supported by most of Trump’s electorate, as it fits well with his migration context, his rhetoric of combating the influx of the poor.

All the same, everything will depend on the state of the economy in the upcoming elections, experts say.

Legal and consulting firm VD&A can assist you to correct completion of your documents to apply for the US Green Card Lottery.

2019-08-23
Previous Post: Translation and legalization of the supporting documents for the Bulgarian CIP
Next Post: The demand for second citizenship in Hong Kong has sky-rocketed during the 2019 summer protests 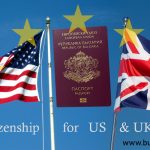 Bulgarian citizenship – hard to get, but well worth it 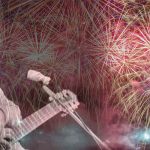 To a dear friend 2 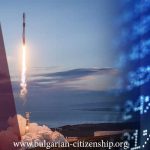